The Year of Eating Mindfully 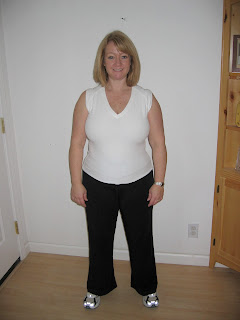 I had  yo-yoed from diet to diet, and I had tried to burn as many calories as I could in step class and on the treadmill, but I was stuck.  If I cut my calories to less than 1500, I could manage to drop 5 or even ten pounds, but then diet fatigue would set in.  At that point I'd go back to eating and drinking whatever I desired, sometimes known as eating ad libitum, and then my weight would creep back up until I forced myself to diet again.  This is such an old common story, that I hope you won't find it dreary, but fortunately, a great shift happened for me in 2008, and I left obesity, and even overweight behind for good.

Today, I want to address the most important element in the equation for permanent figure transformation.


Over the past four years I've become convinced that yes, we must use more calories worth of energy than we consume in order to pull fat out of storage and burn it as fuel for living.  But how do we overcome the biological, environmental, social, and emotional cues that drive us to consume and store food fuel instead of burn and release it?


Know thyself.  Over the next seven weeks of the Mayday Makeover, I'm asking you to go in search of the eating style that puts you in a negative calorie balance, without making you crazy.  I'm asking you to think honestly, and without too much self judgement, about what kind of eating helps you rein in your consumption without triggering overwhelming appetites.  The goal is simply seven weeks of eating mindfully.

The idea is to treat food with respect and to eat with awareness.  The technique that has worked so well for me involves planning my menu each morning before I have my first bite.  Then, the second technique is to eat every bite as a planned meal or snack sitting at the table.  The agent of change is behavior.


In a later post I will write about my belief that for those of us who have struggled with overweight all our lives, the content and not just the amount we eat affects our behavior in ways that seem beyond our control, but for today,  the tool for change is awareness of how we eat.   I'll address what we eat later.


Posted by Catherine Gordon at 5:58 PM