Would you steal to feed your addiction?

I never knew when they would start: the cravings.
Sometimes I would be tired, or stressed, or even elated over a happy achievement.  Usually, they would happen whenever I got close to my next weight loss goal.

Then the thoughts would come: the food thoughts.
"Where can I get something sweet and chewy?"
"Are there donuts hidden in the cupboard?"
"Did my room-mate's Mom send her some cookies?"
Thoughts like this would always come next,
"I'll just have a spoonful of Louise's peanut butter,"  or, "I'll just borrow a slice of Maria's bread."   "Colin won't miss one rice krispy treat."  It might even start with something as innocent as a very ripe banana, but as soon as I took the first bite, I was off to the races.

How can I describe the devastating power of that first bite?  Pardon the drama, but it was like heaven and hell at the same time.  One bite of a glazed donut and my taste buts would be going nuts at the same time as my heart would be sinking , and my head would be saying, "Oh no Catherine, you've done it again."

It's bad enough to be swept up into a binge by your sugar addiction, but it's even worse when someone catches you taking their food, even after they have specifically asked you not to.

To this very day I can see the expression on my friend and room-mate Beth's face as she asked me to stop eating her cereal when she was out of the apartment.  She looked bewildered, and so disappointed in me.  Why would a good friend steal her food?

Shame was a terrible consequence of my sugar habit, and the morning after could be even worse.  My aching head, swollen belly, and puffy face were just the most obvious symptoms of my sugar hangover.  I was always depressed after those episodes, and it wasn't just because I was disappointed in myself.  The depression was also a physical reaction to food that was like a poison to me.

If you've never felt the compulsion to keep eating long after a food stops tasting good, you probably won't understand why I had to leave sugar and flour, gluten and grains behind.  If you can stop eating after 2 oreos or one potato chip, you might think I'm just some silly drama queen looking for attention, and making excuses for being fat.

That's fine, I understand that I'm not normal.  I've cried over that a lot.  Actually, I'm crying right now.  So I will look for understanding from the women and men who have felt what I feel whenever I eat the sugar, flour, and fake fat combination that is my drug, my poison, my kryptonite.

Why did I steal and eat those foods?   The momentary rush they gave me was so overwhelming, so powerful, that I was willing to give up my dignity for it.

So how did I finally break this miserable addiction that kept me from having the body, the energy, and the self respect I needed to create the life of my dreams?

I found a way to eat something else. 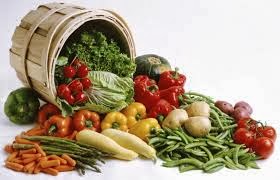 Dear Readers, Sugar Freedom is coming.  Please visit www.sugarfreedom.com and opt in with your email to get a solution to overeating that really works.
Posted by Catherine Gordon at 11:01 AM