This Is How I Stopped Overeating 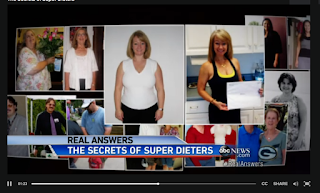 "So Cathy, how would you like to count calories?'

My decades long struggle with overeating began with that question.

I had been a generally happy and carefree child until my father died suddenly when I was six years old.  On that day, I became truly and deeply frightened, and the people around me became frightened for me.  I was terrified that my mother was going to disappear.  I went to school and tried to act like a normal kid, but I was numb with fear.

It wasn't long before I found that eating helped keep the fear of being abandoned in a manageable corner of my mind.  The foods that blocked out feelings best were bread and sweets, so I ate them whenever I could.  After two years of overeating at meals, snacks, and in secret, I had rolls of fat on my body that were becoming embarrassing: especially to my family.  Something had to be done.

My Mom took me to the doctor and his solution was a low-fat, calorie restricted diet.  The out of control fear and compulsion that drove me to overeat bread and sweets was still there, but now I also had the guilt of not being able to control it.

The very worst part was the fact that the foods that satisfied me, like eggs, bacon, chicken, and vegetables cooked in fat, were restricted.

Small amounts of foods that left me feeling famished, like rice crispies and skim milk, toast and orange juice, grapes, bananas, and sandwiches with a little bit of turkey and mustard, made up my daily diet.

The worst part was trying to eat the occasional treat without going overboard. Eating one cookie, a small slice of cake, or a cup of ice cream, was a nightmare, because those foods simply made me ravenous for more.

The only thing worse than having to eat in secret to stop the horrible feeling of starving, was being caught and shamed by my family members.  To this day I have to carefully practice forgiveness in order to let go of the shocking feelings of hatred that go with these memories.

So many times, the people who humiliated me were naturally slender.  I struggle every day with my anger against people who judge those of us who are, or who have been overweight, even though they have never felt the pain of the compulsive drive to overeat.

I am a member of the National Weight Control Registry, which is a research database of individuals who have lost more than 30 pounds and kept it off for more than a year.  I was contacted by ABC News in 2014, and they used a few of my before and after photos in their story: Secrets of the Super Dieters.  http://abcnews.go.com/WNT/video/secrets-super-dieters-21442437

That was an encouraging moment because the story cites two things that have helped me keep the fat off:

Unfortunately, some of the most influential people in the fitness industry insist that cheat meals are essential for getting lean, and that how much you eat is the only thing that matters: not when.

I have become convinced that the biggest mistake overweight overeaters are making is this: they are trying to lose weight by copying the eating habits of naturally slender people.

I have overcome obesity, and I have personally coached dozens of individuals who have overcome it too.  From my direct experience I know this:  Trying to eat a little bit of everything, also known as moderation, made me obese.

So how did I stop overeating?

1. I eliminated my compulsive trigger foods.  If I can't eat a standard serving of any food and be satisfied, I don't eat it.  Ever.

2. I committed to planning my meals every morning.  I decide what I'm going to eat, and then I eat it. My overeating is so serious, that I must take eating seriously.

3. Success starts with breakfast.  With eight years of weight maintenance under my belt I know this: when I eat a nourishing and satisfying breakfast, I have set myself up for success for the entire day.

There you have it.  Those are the 3 steps I take every morning to prevent overeating.

Because of these steps, my life is the richest and fullest it has ever been.  My work as a personal trainer, nutrition specialist, and food writer is an expression of the message I carry so passionately: Find the foods that nourish and satisfy you, and don't let anyone make you feel guilty about it: especially someone who has never experienced the pain of compulsive over-eating.

If you are interested in the program my clients, readers, and I have used to achieve permanent fat loss, you can find it here: SugarFreedom.com

Posted by Catherine Gordon at 7:46 AM